The Creyos tests were developed in the laboratory of Dr. Adrian Owen, Canada Excellence Research Chair in Cognitive Neuroscience and Imaging (owenlab.org), over the course of his 25-year career. The tests assess aspects of cognition including reasoning, memory, attention and verbal ability. Over 300 scientific studies have been run to date using the Creyos tests, yielding numerous publications in leading academic journals.

The tests have been validated in studies of patients, brain imaging studies of healthy volunteers and in several large-scale public studies involving tens of thousands of volunteers. They have proven to be efficient and sensitive measures of baseline cognitive capacity. For example, in one study, the results of the 30-minute Creyos battery were comparable to those of a standard 2-3 hour (paper and pencil) neuropsychological battery (WAIS-R) (Levine et al., 2013). In another recent study of mental capacity in the elderly, the Creyos test battery outperformed a standard test of cognitive abilities (the MoCA) (Brenkel et al., 2017). Finally, performance on the Creyos battery is highly predictive of reasoning and problem solving abilities, as indexed by “classic” tests such as Raven’s Matrices and the Cattell Culture Fair test (Hampshire et al., 2012).

Creyos maintains a global normative database of more than 75,000 participants (built of of a larger database of 7 million+ completed tests) that allows for detailed comparisons of individuals to specific populations. Importantly, all of the tests, which users report to be fun and engaging, are administered online and require no expert technical support to administer. Test results are stored securely in the cloud and can be easily downloaded for offline analyses.

Over the past century, electroencephalography (EEG) has drastically evolved from old-fashioned galvanometers and paper recordings to the advanced digital technologies we use today.

WAVi was founded to be the next level of innovation in EEG by making this technology both user-friendly and accessible. The portability of the WAVi device allows for scans to take place anywhere, moving away from the past cumbersome constraints of EEG to routine clinical, and unconventional settings, such as a school, doctor’s office or athlete locker room.

WAVi aims to take brain scanning to the masses and shape the future of brain care through objective data. Machine learning techniques will help to improve our understanding of a variety of brain related issues, and eventually create patient archetypes to help improve and personalize brain care. 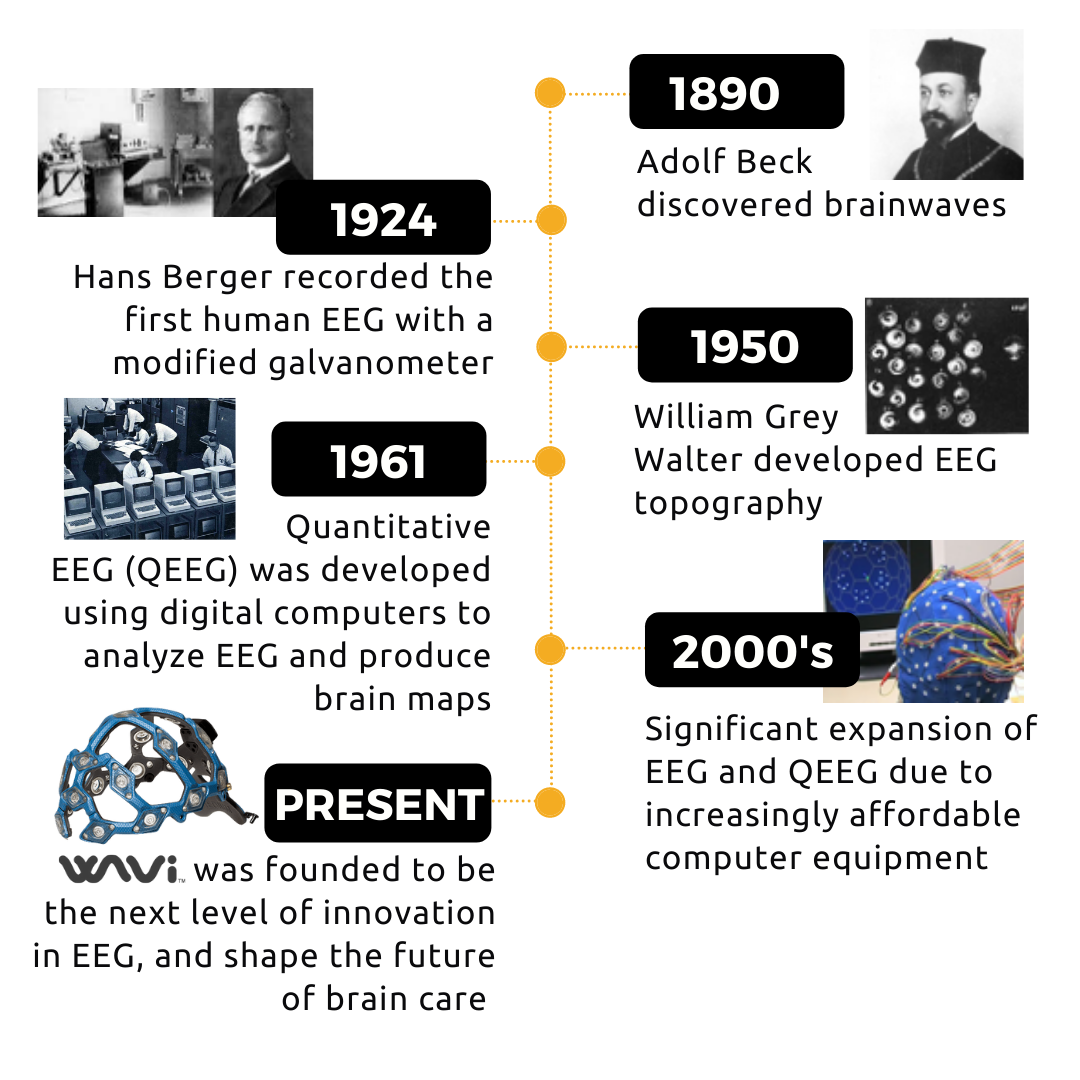