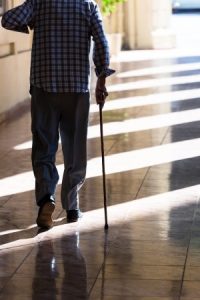 In a first-of-its-kind study, neuroscientists from Duke University report today that eight long-term paraplegics have regained feeling and some movement in their legs after training with a brain-controlled robotic device.

The patients used what’s called a brain-machine interface, including a virtual reality system that used their own brain activity to help them recover sensation in their paralyzed limbs. It’s the first time that partial neurological recovery has been reported in patients with long-term paralysis, a result that surprised even the researchers.

“We couldn’t have predicted this surprising clinical outcome when we began the project”, said Dr. Miguel Nicolelis, co-director of the Duke Center for Neuroengineering, as part of the Walk Again Project in Sao Paulo, Brazil.