How Can NFL Players Treat Their CTE Symptoms? 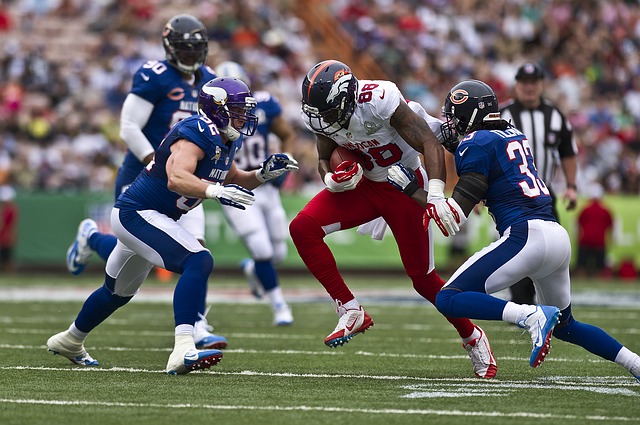 There is a cloud hanging over the start of another NFL season.

Released in July, a study of 111 deceased NFL players diagnosed 99 percent of them with the degenerative brain disease known as chronic traumatic encephalopathy (CTE).

Caused by multiple concussive (or even non-concussive) head impacts, CTE has led to the early deaths of several former NFL players, most prominently the suicide of star linebacker Junior Seau in 2012.

The disease is not considered treatable by the mainstream medical community, leading to a recent focus on prevention in both research and media coverage. 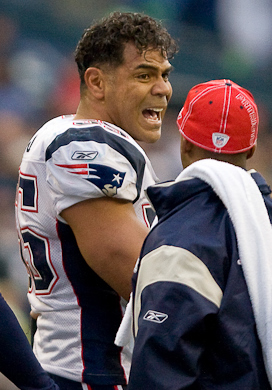 In the meantime, many athletes in contact sports have sought alternative treatments for concussions and CTE. Could these natural therapies lead researchers to a proper CTE treatment?

There are several encouraging signs, but also some roadblocks inherent in the medical industry.

Starting with the Causes and Symptoms of CTE

Though some may not appear – or can remain mild – for years after the actual head trauma, the symptoms of CTE include:

The underlying marker of CTE is a unique buildup of tau protein in the brain, which leads to neuro-degeneration. 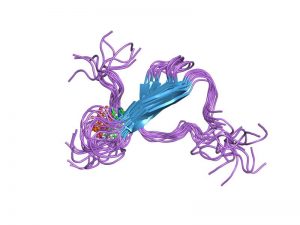 The molecular structure of tau protein.

A related inflammation occurs in the brain due to the rush of microglial cells to the area of impact. This starts as a natural, protective response to head trauma, but with repeated impacts, it becomes a positive feedback loop that causes these inflammatory cells to essentially feed on themselves.

Testing for CTE: Early Detection Will Be Key to Treatment

As of now, the only definitive test for CTE occurs after the patient has died. The brain is soaked in a chemical that reveals reddish-brown spots where the tangles of tau protein have accumulated.

However, researchers are closing in on CTE testing methods that – following verification in clinical trials – would be safe and effective to perform on living athletes.

Last September, researchers at the Icahn School of Medicine at Mount Sinai in New York announced they had injected a ligand molecule paired to a radioactive atom into a 39-year-old former NFL player complaining of mood swings and irritability.

Tracked through a PET scan, the ligand attached to the tangles of tau in the brain, highlighting these areas in very similar patterns to those found in deceased CTE patients. 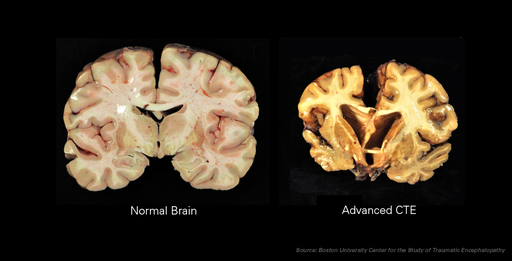 The brain with advanced CTE.

Meanwhile, the Boston University School of Medicine and its coalition of CTE experts have launched the seven-year DIAGNOSE CTE research project, which will examine the brain scans and biomarkers of 240 middle-aged to senior men.

The project will attempt to identify the common indicators of CTE by examining former NFL players, former college football players, and healthy control subjects with no history of playing in contact sports.

The overriding hope is that – once CTE can be detected early – treatments will be developed to stop or slow the degeneration of brain tissue.

Still, while the mainstream medical community is making progress on detection, it is far from a cure for CTE. The pharmaceutical industry has yet to even identify effective treatments for the initial concussions suffered by football players and other athletes.

On the other hand, alternative treatments for concussions and other brain injuries have produced tangible progress for patients in case studies and limited clinical trials. They are already helping researchers understand how to treat CTE.

But clinical trials focused on healing a concussion naturally are drastically underfunded compared to those that might green-light another drug to fill the coffers of the pharmaceutical industry. Despite this disadvantage, the case for the alternative treatment of concussions and CTE continues to grow.

By increasing tissue oxygenation in the brain, hyperbaric oxygen therapy (HBOT) has shown in case studies to improve neuroplasticity and revitalize the cognitive functions that have been chronically damaged in CTE patients.

Separate case studies published by Dr. Kenneth P. Stoller looked at a high school football player and a retired NFL player in his 50s. Both were experiencing CTE symptoms from repeated concussions, and both received 40 one-hour sessions of breathing 100 percent oxygen in a hyperbaric chamber. 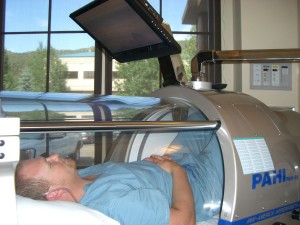 A patient in a hyperbaric chamber.

Through SPECT imaging and neurocognitive evaluations, the former NFL player displayed increased blood flow in his brain and significant improvements in his cognitive and motor functions, including reaction time, memory, and reasoning.

Before undergoing an identical HBOT protocol, the 15-year-old high school football player had lost the ability to read following two concussions in a two-week period. He was being treated ineffectually with steroids, narcotics, and a black-box antidepressant.

Following HBOT treatment, IMPACT neurocognitive testing revealed that the teen’s visual motor speed and reaction time increased by 35 and 25 percent, respectively. His frequency and severity of headaches were also reduced by 80 percent, subjectively.

A Boost from Broadway Joe

Namath was suffering from short-term memory loss and depression before receiving one-hour HBOT sessions five days a week from August 2012 to March 2013 at the Jupiter Medical Center in Florida.

Prior to this treatment, SPECT scans revealed a dramatic decrease in blood flow on the left side of Namath’s brain. This was his blindside as a right-handed quarterback, where he would take most of his hits.

After treatment, the scans showed symmetrical and improved blood flow on both sides of his brain. Cognitive tests revealed progress as well.

Namath has since lent his name to Jupiter’s research arm, the Joe Namath Neurological Research Center, where work has begun on a $10 million clinical trial that will test the effects of HBOT on 100 people suffering from brain injuries.

Frustrated by the lack of conventional treatments and the excess of addictive prescription drugs for pain and mood management, many former NFL players suffering with the symptoms of CTE are seeking out stem cell therapy as well. 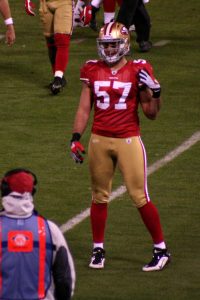 Once infused into the brain, pluripotent stem cells can differentiate into neural cells and replicate, replacing damaged cells and helping to repair brain tissue.

A 2016 clinical trial by researchers at the University of Texas Health Science Center (UTHealth) at Houston found that the infusion of patients’ own stem cells reduced inflammation in the brain and preserved brain tissue related to cognitive functions. These benefits directly address the symptoms and causes of CTE outlined above.

Reducing Inflammation with a Ketogenic Diet

Following a concussion, the brain undergoes a sort of metabolic energy crisis. Glucose uptake surges to the injured area of the brain to meet the increased energy needs, but then it drops off dramatically when blocked by inflammation. The human body can then only tap one other substantial energy source for brain cells: ketone bodies.

An injured brain can receive ketone bodies after they are synthesized through fatty acid oxidation in the liver. This process is encouraged by a ketogenic diet, which is high in fat, low in carbohydrates, and adequate in protein. 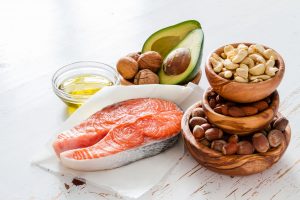 Foods associated with a ketogenic diet.

While the ketogenic diet’s effect on traumatic brain injury has not yet been tested in a clinical trial on humans, it has reduced inflammation and acted as a neuro-protectant in brain-injured rats. The effectiveness of ketone bodies as a glucose replacement has also been proven in the treatment of epilepsy in children, which often involves a defect preventing proper transport of glucose to the brain.

Many NFL players and other professional athletes like basketball star LeBron James have already turned to a ketogenic diet. They believe that – by burning their body’s own fat instead of glucose from carbs – they improve their endurance, focus, and mood, as well as stave off inflammation following an injury.

There is a strong indication that the ketogenic diet could also help stabilize the moods of those suffering with CTE. 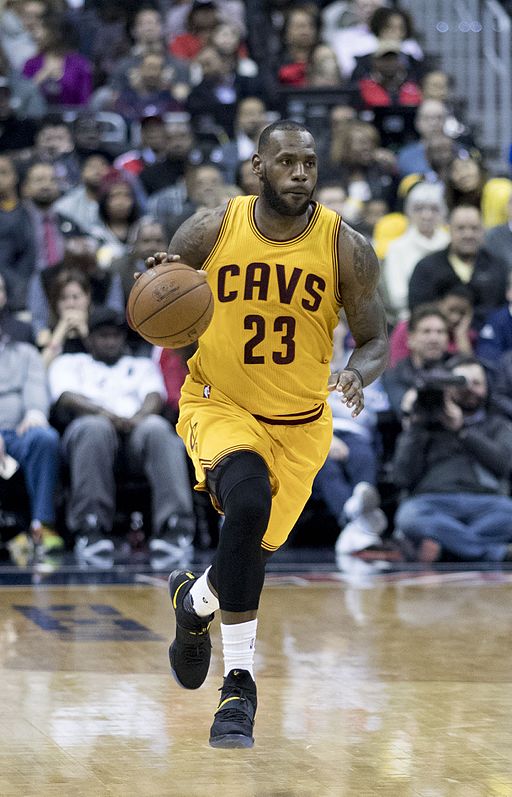 LeBron James, an early adopter of the ketogenic diet. Photo by Keith Allison.

As researchers identify how to test for CTE in living athletes, and the necessary resources are dedicated to clinical trials, these alternative treatments for concussions should gain more mainstream acceptance in the medical community.

Here at TBI Therapy, we have integrated these treatments into a regenerative protocol that also includes platelet rich plasma (PRP) therapy and the adjunctive treatment of cranial osteopathy, which helps reduce headaches and other pain.

We will soon begin a study of patients experiencing CTE symptoms to build upon the successful recovery cases we have already established.

If you or a loved one are suffering from the symptoms of CTE, please contact us through the form below to learn more about our integrative and regenerative approach to traumatic brain injury.