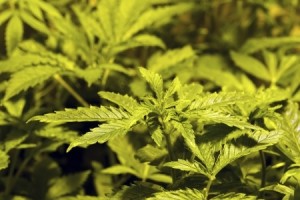 When it comes to the controversy surrounding medical marijuana, an international team of researchers is busy stirring the pot by releasing findings that suggest the drug helps promote brain cell growth while treating mood disorders.

According to the study in rats, a super-potent synthetic version of the cannabinoid compound found in marijuana can reduce depression and anxiety when taken over an extended period of time. This mood boost seems to be the result of the drug’s ability to promote the growth of new brain cells, something no other addictive drug appears able to do, the researchers say.

But does medical marijuana work? To help settle that question, Zhang’s team focused on the potential of a synthetic laboratory-produced form of the cannabinoid compound naturally found in the marijuana plant. The current study focused on a particular formulation of synthetic cannabinoid known as HU210 — a compound which Zhang described as the most powerful cannabinoid in the world. The authors explored both the short-term and long-term effects of exposure to HU210 in rats.