Each year over a million people in the United States suffer a traumatic brain injury. The CDC estimates that in 2000 the medical costs and indirect costs (lost productivity) of TBI in United States totaled $60 billion. The medical costs to the individual can be overwhelming. An average hospital stay for a moderate TBI is over 9 days. TBI patients may need a lengthy stay in a rehabilitation center; some patients stay for three months. When the injury is severe, the intensive rehabilitation needed may average over $1,000 a day. Expenses for a TBI include: initial hospitalization, rehabilitation and possible continuing need for medical care and a caregiver. When medical and non-medical costs are combined, the Brain Association of Missouri reports that the cost of care for the average TBI patient is around $151,000 in the first year after the injury. The medical costs of people who do not survive the injury are typically higher than those who do survive, since in cases of severe TBI, ventilators and other expensive treatments are used in an attempt to give the brain a chance to heal; these costs may then fall on the family of the deceased. Cited from http://www.brainandspinalcord.org/legal/brain-injury-medical-expenses 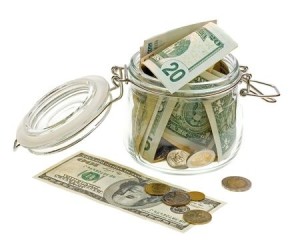 TBI can cause a widerange of functional changes affecting thinking, language, learning, emotions, behavior, and/or sensation. It can also cause epilepsy and increase the risk for conditions such as Alzheimer’s disease, Parkinson’s disease, and other brain disorders that become more prevalent with age. According to one study, about 40% of those hospitalized with a TBI had at least one unmet need for services one year after their injury. The most frequent unmet needs were:

See if you qualify for treatment!!!
We use cookies to ensure that we give you the best experience on our website. If you continue to use this site we will assume that you are happy with it.Ok