Lithium in the Brain 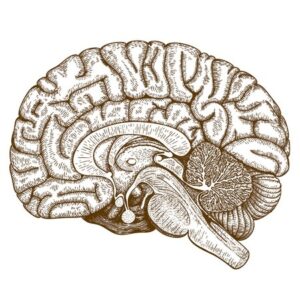 We all know vitamins and minerals are important for the human body to function. Minerals such as sodium and potassium are among the most important minerals that help our cellular functioning. One mineral that is mostly overlooked that could be the most important for our brain is lithium. You may think of lithium as a drug to treat mental illnesses, however, lithium is in the same mineral class as sodium and potassium. It has been shown to help boost grey matter in the brain, enhance nerve cell DNA replication, as well as protect and renew brain cells.

Over time, our brains are constantly fighting to survive and fight off degeneration, toxins, and even cellular death from head injuries. Another well-known cause of brain cell injury is overactivated N-methyl-D-aspartate (NMDA) receptors. Lithium can inhibit this overactivity. And lithium also increases production of a major brain protective protein called “bcl-2″ in both human and animal brain cells. Scientists determine how healthy brain cells are by measuring levels of a molecule called N-acetyl-aspartate (NAA). A decrease in NAA is thought to reflect decreased nerve cell viability, decreased function, or even nerve cell loss. In a study of 19 research volunteers given four weeks of lithium, 14 experienced a significant increase in NAA, one had no change, and four had a small decrease.

Read more here about the research behind lithium in the brain.